Our second Research Encounters event, on the theme of Building Collaborations, is now just under a week away. We have lined up an exceptional panel with the Rt Hon Helen Clark, former Prime Minister of New Zealand and current President of Chatham House; Professor Tawana Kupe, Vice-Chancellor of the University of Pretoria; and Mohit Bakaya, Controller of BBC Radio 4. Chaired by our own Professor Barry Smith, the panel will share insights and advice on forming collaborations which reach impactfully across boundaries of all kinds.

A lot has happened since we held our first Research Encounters event last March, bringing our Network’s researchers and innovators together for the first time around the theme of Navigating Uncertainty. In addition to marking the launch of our 360 Feedback and Coaching, our Mentoring, and Plus Fund programmes, the event marked the first time at which we were able to introduce national leaders to Fellows in the Network.

Our panellists at that event were: Professor Kim Graham, Pro-Vice-Chancellor for Research, Innovation and Enterprise at Cardiff University, who has just been appointed as the Provost of Edinburgh University; Professor Julian Chaudhuri, Deputy Vice-Chancellor for Education and Student Experience at the University of Plymouth; and Professor Sir Jeremy Farrar, Director of the Wellcome Trust. Together, they spoke in depth about how to act as leaders in times of uncertainty, specifically including the unique challenges, but also opportunities, created by the pandemic. They shared rich insights into how they had managed their responsibilities in this new context. Fellows also engaged with fantastic networking sessions and improvisation exercises, designed to help us respond to new challenges adroitly and with confidence.

Fellows regularly tell us that, as we look to the year ahead and – with luck – to a gradual lessening of pandemic-induced uncertainty,  there’s a lot of catching up to be done. For many, one such area in need of recuperative effort is collaboration and networking. Over the last two years, opportunities for forging strong networks and engaging in new collaborations have been sadly diminished. That’s why we are putting the theme of collaboration at the core of this flagship Network event. We’re delighted to welcome a diverse group of international leaders, who will discuss with you their experiences of collaborative partnerships. Read on for their biographies.

Following the panel discussion, Fellows will have the chance to ask questions and explore how, where, and with whom they can build strong collaborations – whether local, national, or global.

If you’ve not yet had the chance, register to attend the event here. We can’t wait to see you there! 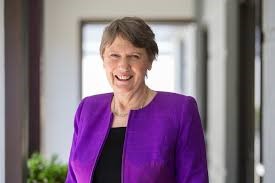 Rt Hon. Helen Clark served three successive terms as Prime Minister of New Zealand between 1999 and 2008. While in government, she led policy debate on a wide range of economic, social, environmental and cultural issues, including sustainability and climate change.

From 2009 to 2017, Ms Clark acted as United Nations Development Programme (UNDP) Administrator, and was the first woman to lead the organisation. She was also the Chair of the United Nations Development Group, a committee consisting of the Heads of all UN funds, programmes and departments working on development issues. In 2019 Helen Clark became patron of The Helen Clark Foundation. In 2021, she was elected president of Chatham House, an independent policy institute, which helps people, societies and governments understand and adapt to seismic change. Rt Hon. Clark is currently chairing the Independent Panel for Pandemic Preparedness and Response with former president of Liberia, Ellen Johnson Sirleaf, which was convened by the World Health Organization last year and has just completed its main report. Her expertise extends to sustainable development, tackling climate change and developments in the Asia-Pacific. 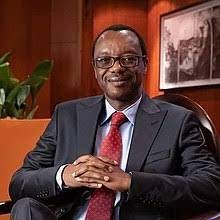 Professor Tawana Kupe is the Vice-Chancellor and Principal of the University of Pretoria since January 2019. Prof Kupe is the Africa Co-Chair of the Australia-Africa Universities Network (AAUN) since 2019.Prof Kupe has a notable publication record, having authored journal articles, books and book chapters in his main discipline, Media Studies and Journalism. Over the years, Prof Kupe has played a key role in the establishment of select new innovative initiatives at Wits, of which the latest is the Africa Centre for the Study of the United States.  He is a member of Council of the International Association of Media and Communication Research (IAMCR) and The Association of Commonwealth Universities (ACU) Council. 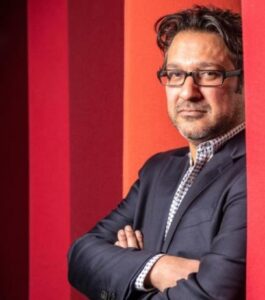 Mr Mohit Bakaya is the Controller for BBC Radio 4 and Radio 4Extra and was the Commissioning Editor for Factual at BBC Radio 4 since 2008. Mr Bakaya joined the BBC in 1993 as a production trainee and worked on the BBC Radio 4’s arts programme, Front Row, before becoming editor of Night Waves on BBC Radio 3. Since then, he has commissioned and led on current affairs, politics, history, science, natural history and religion programming across the BBC Radio 4 schedule.